So...this blog recently ticked over 100 followers.
Two things. First, I want thank everyone who has joined the Hobby Table. I sincerely hope you've found something interesting or entertaining here.
Second, I wanted to do something a little different to mark this milestone. I've been collecting and painting my first Warmachine army, Menoth, on and off for several years now, and the collection stands at just over 100 pieces. Appropriate! Here's a photo essay of the collection. Enjoy!
First off, the whole thing... 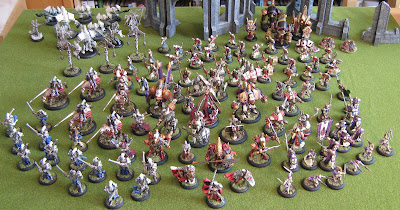 Warcasters...from the Harbinger to Amon. 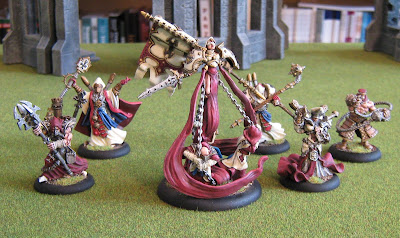 Heavy 'Jacks. Don't have enough of these finished yet! 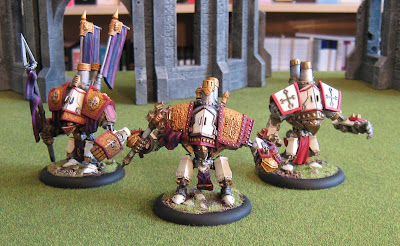 Light 'Jacks. OK, plenty of these. And as to what possessed me to build three Devouts...well, I have no idea.

The Menoth staple...Choir. Scroll decals are from an internet store called Gnomish Workshop.

Daughters of the Flame. You go girls!

A couple of units of Knights Exemplar and their Seneschals.

A near-complete unit of Temple Flameguard with attachment.

Menoth solos. The Vassal seems to be the most cost efficient.

Some merc solos that are part of the Menoth collection...mostly from Mk. I play. 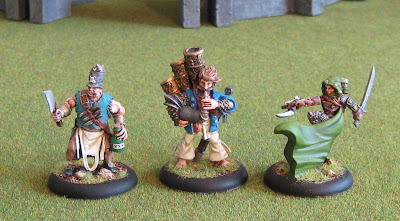 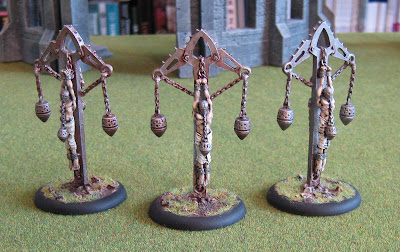 Wrecks...they get too much use!

Half-done models...some base colors and shading on, but these really need to be finished off. Epic Kreoss is just too good! 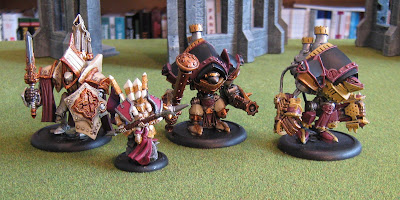 Models just underway. Most of my epic casters are in here, along with a unit of Bastions.

Well, there's the first of my Warmachine armies...in it's current state anyway. Still have some pieces to assemble, but most of the army is represented. I like playing them...lots of good strategies to use.
Next, I'd like to do an update on the Celt project.
'Til next time.