It's slow going on the figure painting front. However, I'm happy to say that the first squad of my 101st Airborne platoon project is now done.
Here is the machine gun section. 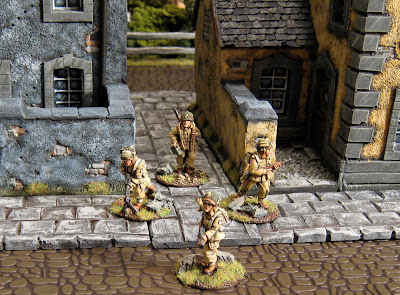 And the rifle section.

I was digging around the internet for some 506 Parachute Infantry Regiment photos (the unit featured in the HBO series, Band of Brothers) and found a number of good ones. Here is a shot of some paratroopers in their C-47 transport heading over the channel the night before D-Day. 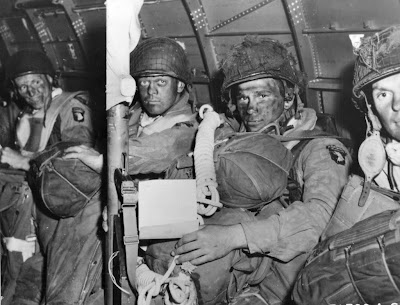 The 506th did a lot of fighting in and around Carentan. Here is a shot in the city after its liberation. 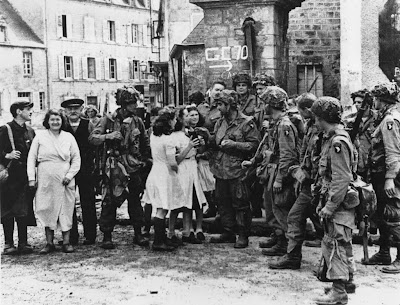 One final shot of the rifle section. 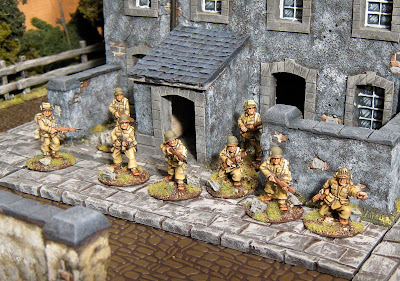